Derbyshire and The Peak District 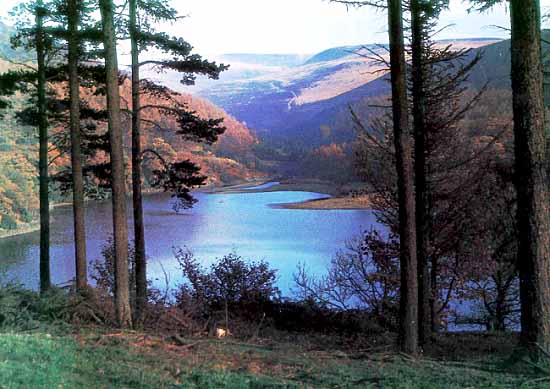 If you have never been to the Peak District, you are missing out on some of the most beautiful and varied countryside that England has to offer. The M1 passes through a not particularly scenic part of Derbyshire and people may be forgiven for thinking the county has nothing to offer, but if you go westward for ten or twenty miles you will find yourself in wonderful surroundings. 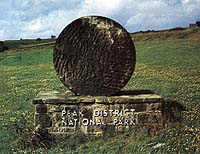 The Peak District is Britain's most popular National Park. It is split into two parts ; the White Peak and the Dark Peak. 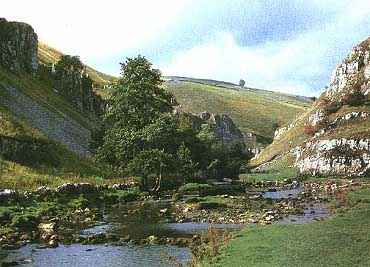 This is the limestone based part of Derbyshire. A lot of it is gently rolling farm land (the 'tops'), with small fields separated by Derbyshire's characteristic drystone walls. Within this area are interspersed spectacular limestone Dales, such as Dovedale and Monsal Dale, with steeply sloping hillsides and small rivers meandering through them. 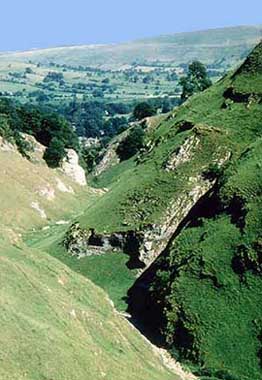 The White Peak also has several old railways which have been converted to tracks for cyclists and walkers including the Tissington Trail , Manifold valley Trail, Monsal Trail and the High Peak Trail (which starts near Cromford, about two miles from our shop). 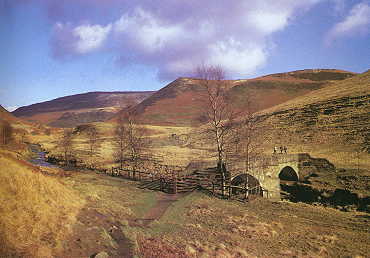 The Dark Peak shows Derbyshire's wild and rugged face. Based on gritstone, it is characterised by spectacular stone escarpments ('edges') and large expanses of unspoilt moorland. Very photogenic, it has been used many times for bike and car catalogue outdoor shots. 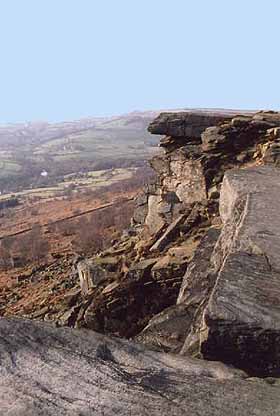 Despite the fact that there are no really big 'peaks' (the highest point is barely 700 metres above sea level) there is some very challenging terrain for mountain -bikers in the Dark Peak and care should be taken when planning a difficult route, particularly in winter.
The wildest area is probably within a five to ten mile radius of the Derwent Dams, but there is also a very pleasant family ride around the edge of the dams; which is only rough in parts and does not involve too much climbing. 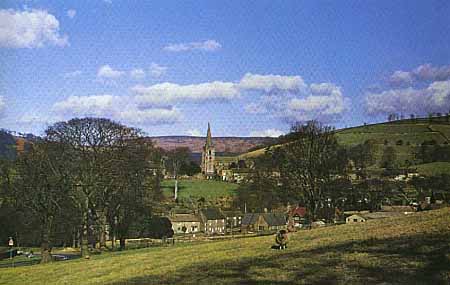 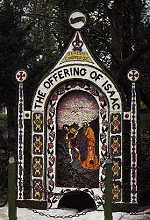 If you are stopping in Derbyshire for a while and want to do any sightseeing the county has some lovely little villages and several small towns , with nice friendly pubs to quench your thirst. Many of the villages have annual well-dressing festivals (a tradition unique to Derbyshire?) where the village wells are decorated with pictures made from dried flowers; usually depicting biblical scenes. 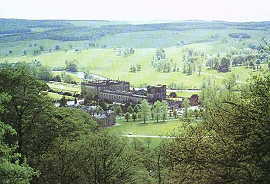 If you are interested in stately homes we have two of the best examples in England within close range of Matlock. About six miles up the A6, towards Bakewell, is Haddon Hall,a home of the Duke of Rutland. It is a wonderfully dark and atmospheric old manor hall and has been used in numerous film and TV productions. A couple of miles away from Haddon is Chatsworth House, home of the Duke and Duchess of Devonshire and probably Britain's most spectacular stately home. It is set in beautiful surroundings, and, happily for mountain-bikers, the Chatsworth estate seems reasonably bike friendly with several excellent bridleways passing through it.

We hope we have whetted your appetite for the Peak District. If you are thinking of coming for a holiday here are the local tourist information centre details:

Tom and Aidan have spent many happy hours researching eating places in the Peak and recommend trying the following: The quality of the food and surroundings will vary but all welcome cyclists. We would be pleased to add more details to this list and hear of any other cafes - so tell us when you call in!

Here are some links to general info sites you might find useful....

Peak District weather can catch people out. Check The Met Office or BBC Weather for details - we are about half way between Nottingham and Buxton on the Met Office weather charts. 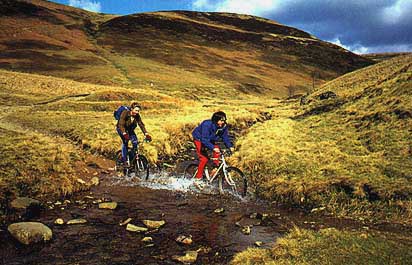 Photo numbers 1,2,3,5,6,7,8 (from top) by kind permission of John Merrill; the well known walker, writer and photographer
Visit his Webpages by clicking on his name.